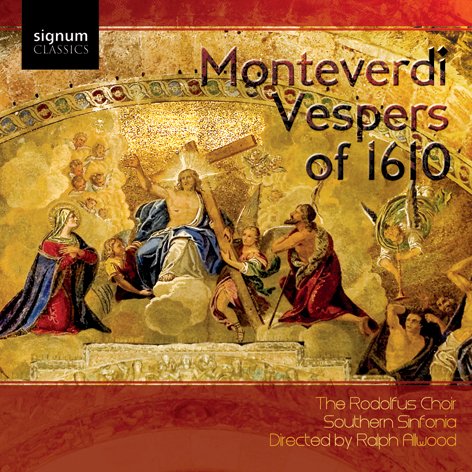 Music of the seventeenth century was little known to the concertgoing or record-buying public, up until fifty years or so ago when Monteverdi’s were performed under the inspiration of figures such as Michael Tippett as part of a modern revival of early music. Subsequently, it has been one of the most celebrated works both with choral societies and early music specialists.

Here, the Rodolfus Choir offer their interpretation of one of the most magnificent works of the seventeenth century. Following their highly successful release with Signum earlier this year, the Rodolfus Choir perform earlymusic as sensitively and musically as they perform music of the twentieth-century.

There’s something truly joyful about Ralph Alwood’s Rodolfus Choir … eloquent conviction of its young members… By raising the lyrical qualities of Monteverdi’s ground-breaking work above its dramatic, Allwood and his team forge a persuasive interpretation rich in nuance and fine details. A highly rewarding listen.
Classic FM Magazine